Home
Back to links
Road Trip 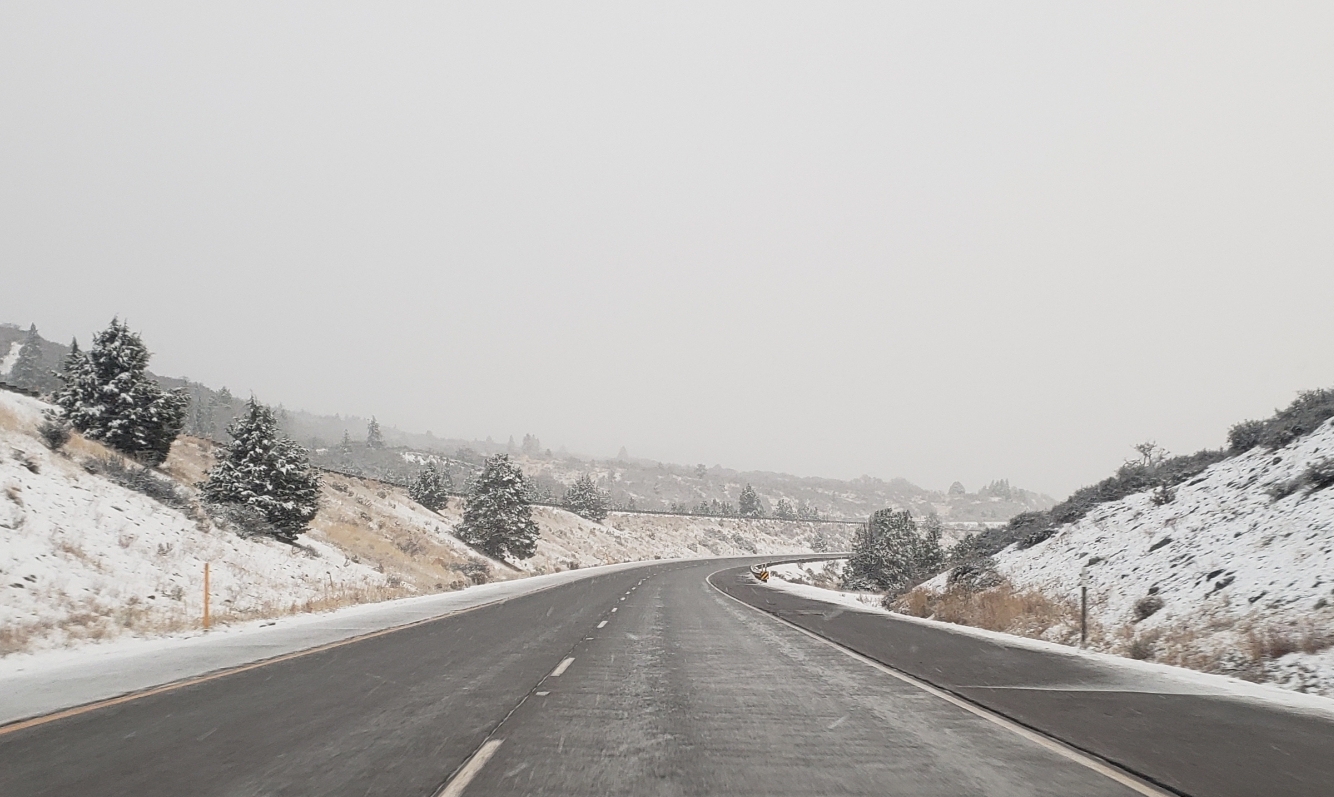 This page is to document my 2020 winter road trip to California (kahli-fornia), from the 33rd state of Oregon, just past the city of the fallen angels, los angeles. Ever noticed how the letters "LA" look like a square and compass? 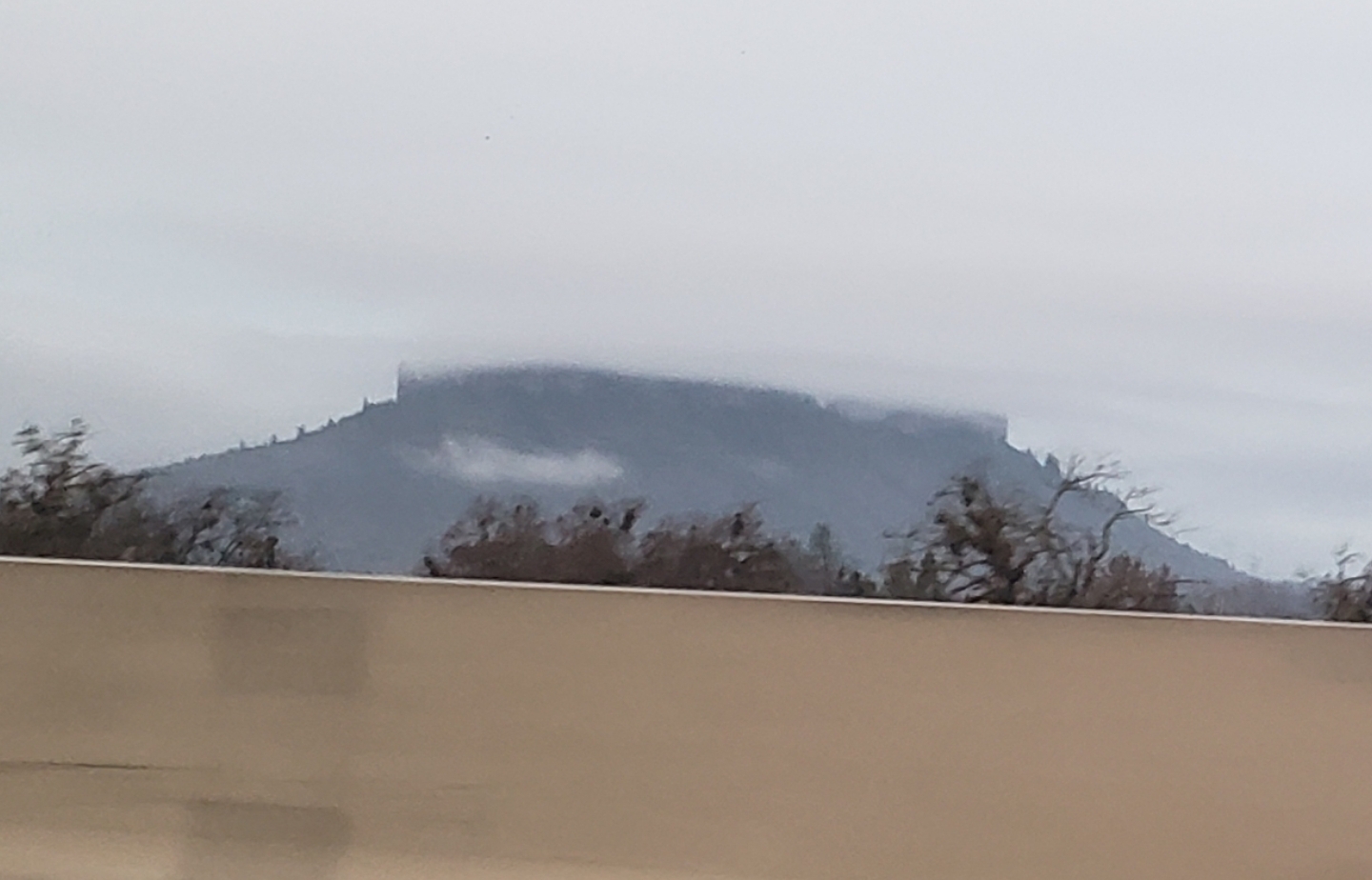 The vertical sides are barely visible beneath the clouds.

First I'll start with an interesting feature in southern oregon. Table rock. There might be more to the whole table/mesa idea, consdering that tables are often made of wood. It has actually become a sort of trend recently to take giant single pieces of wood and make a table out of it. I often think of how Splash Mountain at disneyland is based of a giant petrified wood peice that is displayed in Disneyland. Petrified wood is almost a meme of sorts when it comes to 'hidden knowledge'. There's stories of both "moon rocks" and "dinosaur bones" that end up being petrified wood. 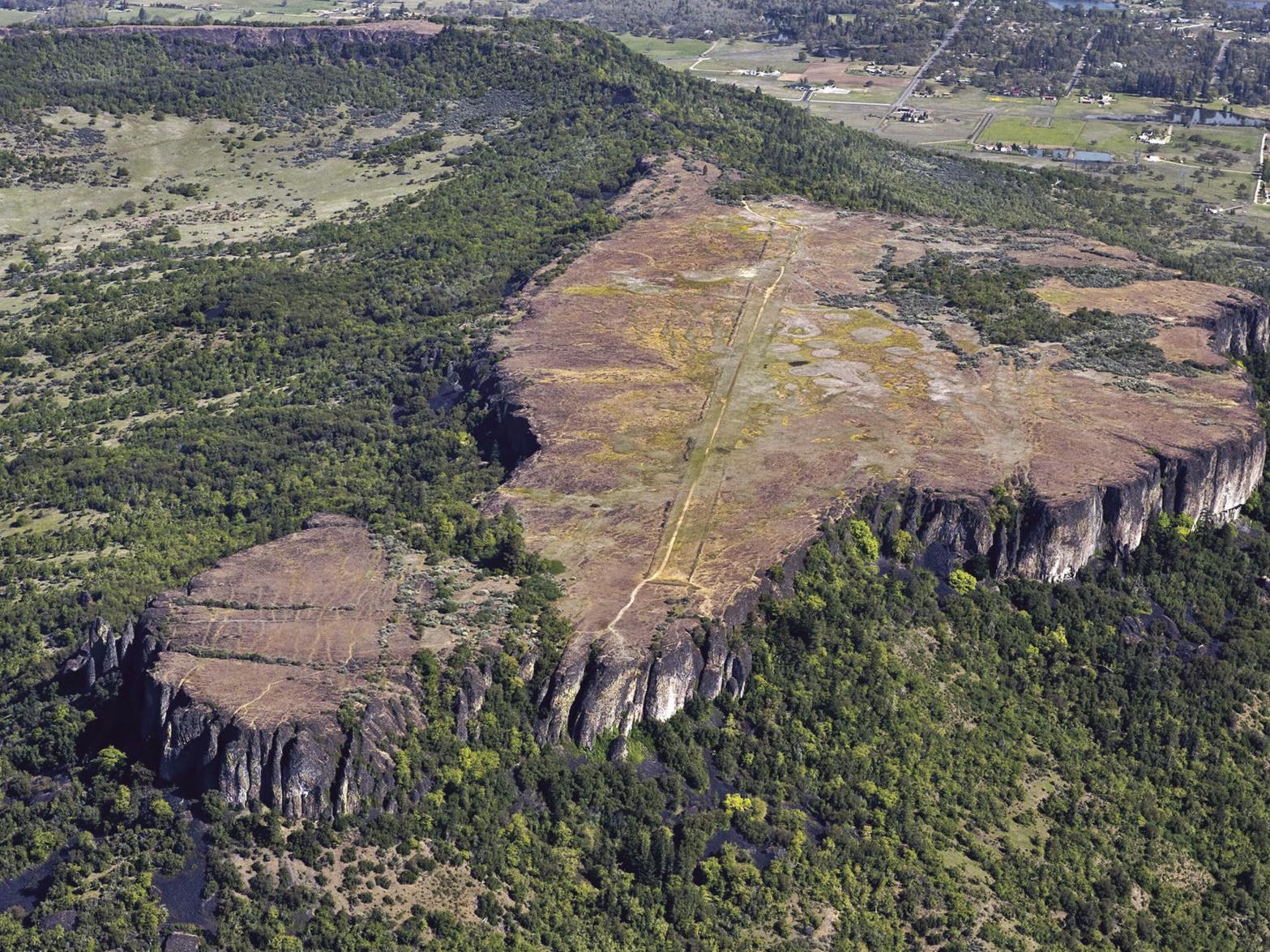 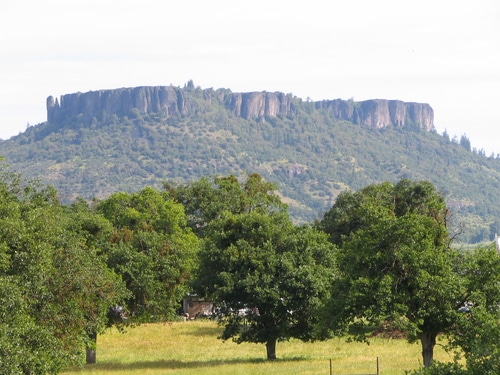 So, as you can probably guess, I believe these "mesas" are actually very old giant trees that were cut down and petrified. My best guess for when this happened was after the 1/3 or 33% of the angels fell with satan. Those in control tell boring old geology fables about lava (which is just a manmade glass, volcanoes are a hoax). The geology stories are not science because it's not reproducible. The truth is much much more interesting, and is hidden in plain sight, probably because they couldn't remove the stumps if they tried. Normal sized trunks are extremely hard to remove and these ones got petrified somehow! So much more interesting than the lies the 'experts' push, that never made sense to begin with. 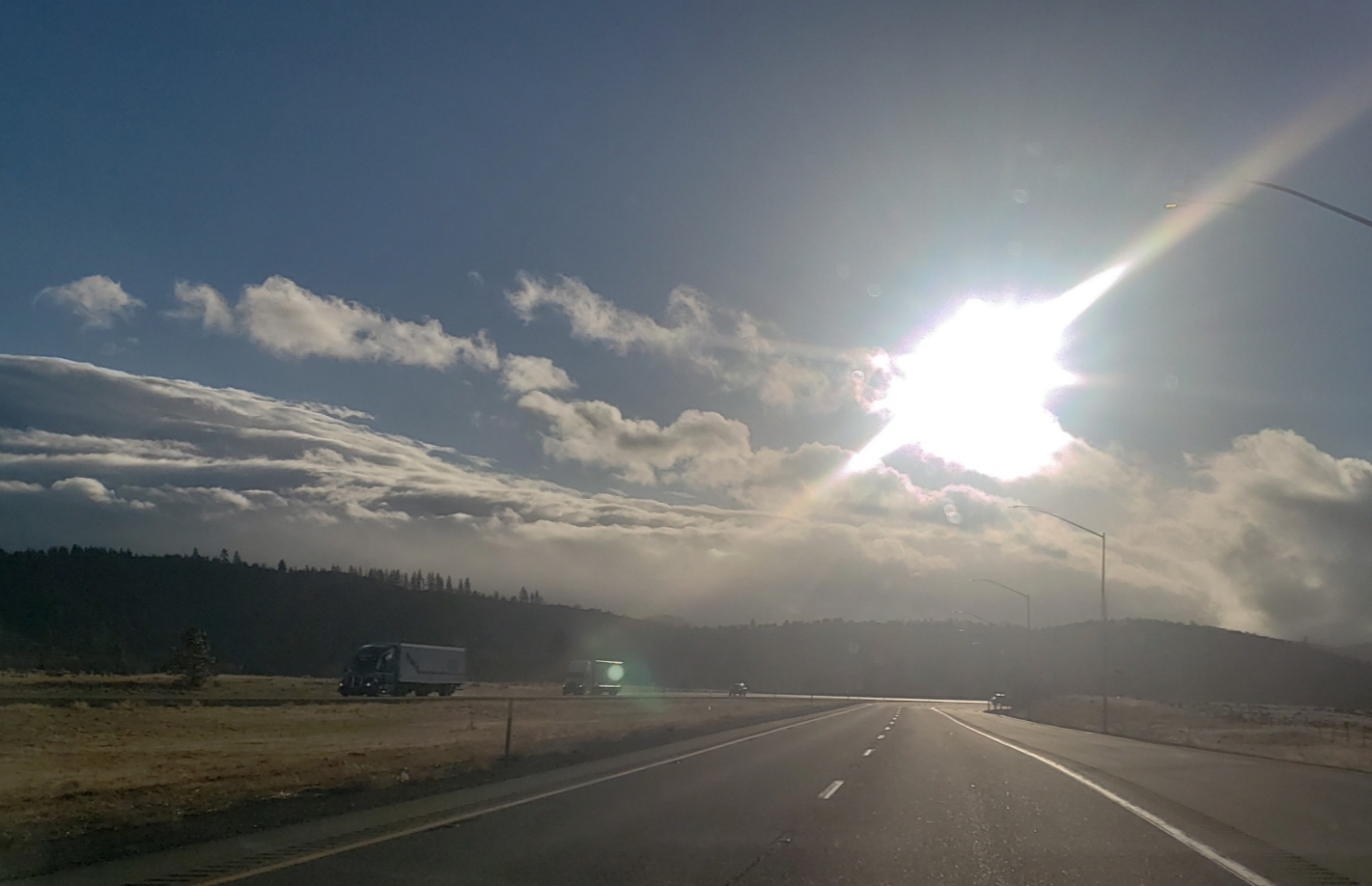 Theres a few things that I tend to think about when driving down the west coast. I normally watch the sky for anything interesting, and to see the various layers of clouds that there are now-a-days, on account of the weather manipulation. Sometimes there will be huge messy clouds very high in the sky that don't budge for hundreds of miles. I believe these are very high altitude sprayings that affect large areas.

On a previous trip there was an enormous x-marks-the-spot pair of chemtrails very high in the sky. I was watching the clouds not move, as I continued driving south, and then out of nowhere a bright object like a star started shining in the sky right near the giant chemtrail X. Whatever it was shone very brightly for about a minute and then disappeared. Unfortunately, the trip this year was almost completely overcast so I didn't really see anything interesting in the sky, besides the extremely bright sun (very briefly) and the clouds that appear lower than they used to be. Unfortunately, on this trip, it rained most of the way and I didn't see much in the sky. 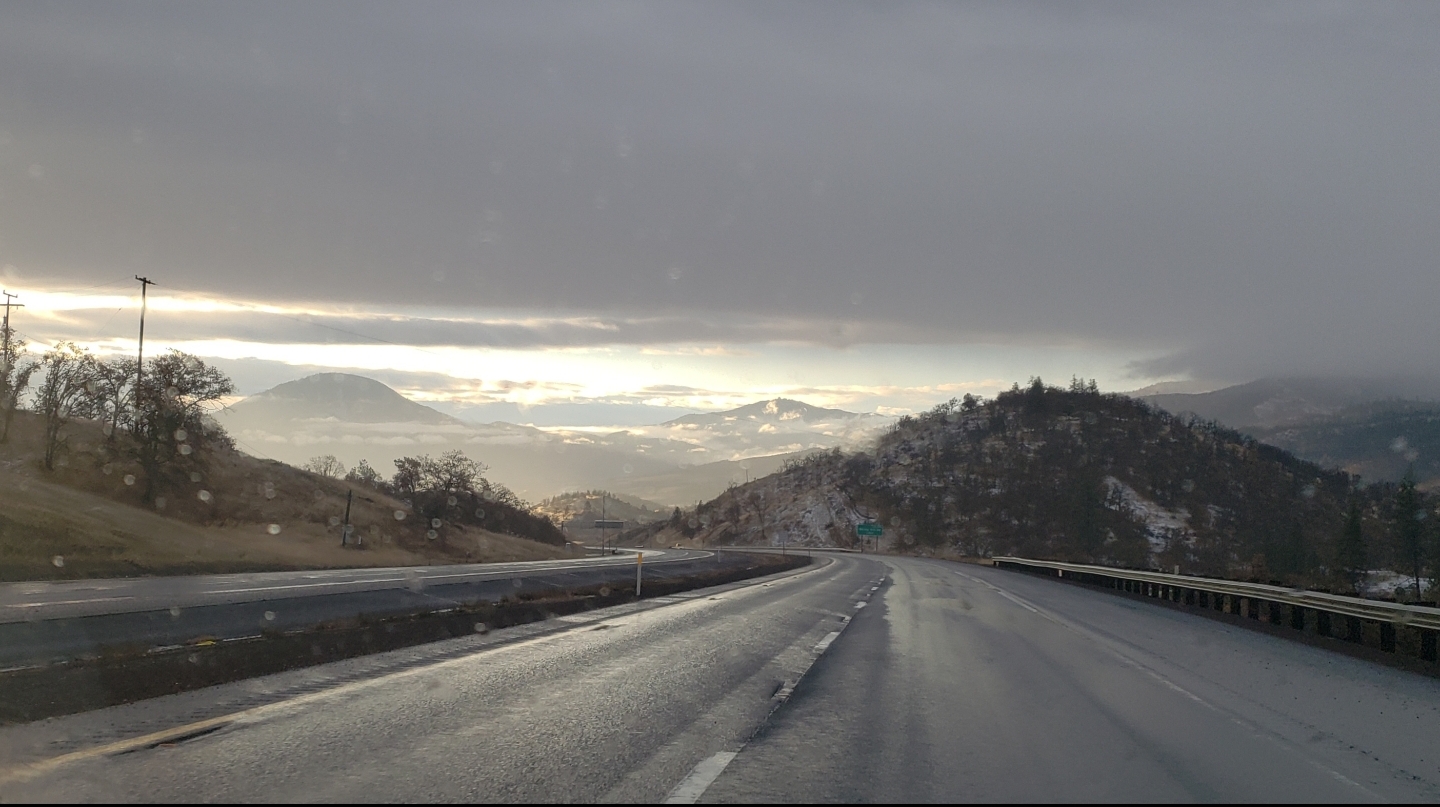 Another thing I often think about on these long car rides (I tend to do the drive in one day, about 15 hours on the road) is population hoax. Most of the world is empty land. There is no such thing as overpopulation today. There's an enormous amount of uninhibited, unfarmed, empty land out there. People are just forced to live in cities because we are not allowed to just go find a nice uninhabited place and live there. Why not? Because fences and land deeds, and "public property" (what a joke of a concept). The pen is mightier than the sword.

Even California, which is supposed to be the most populated state, is full of enormous swaths of empty undeveloped land. There's a time vortex between sacramento and L.A. where you can drive for what feels like forever, and you will see nothing but flat empty land covered in tumbleweeds, and empty rolling hills covered in dead grass. Sure there are some cows and almond trees, but the entire notion of the earth being overpopulated is just another big lie that gets told over and over again. In direct contrast to the seemingly few cities that exist, is the enormous amount of powerlines. There are so many powerlines everywhere, and redundant ones. If the story they tell us about power lines were true, then there would be absolutely no reason to have sometimes three sets of powerlines all parallel to one another. The only thing that makes sense when you see how the power grid is set up, is that the power lines themselves are what collect energy out of the air. We know there is electricity in the air; that's what lightning is. You won't see any powerplants on these long drives through cities and empty land, but you will see miles and miles of powerlines everywhere, and many "substations". The fact is, power is generated and stored locally by the power lines and the substations. I don't claim to know how it all works, but notice how the powerlines and the large cylindrical bucket technology is one of those things that hasnt really changed at all over the years. The grid itself is what powers the power grid. "Power Plants" are a hoax. 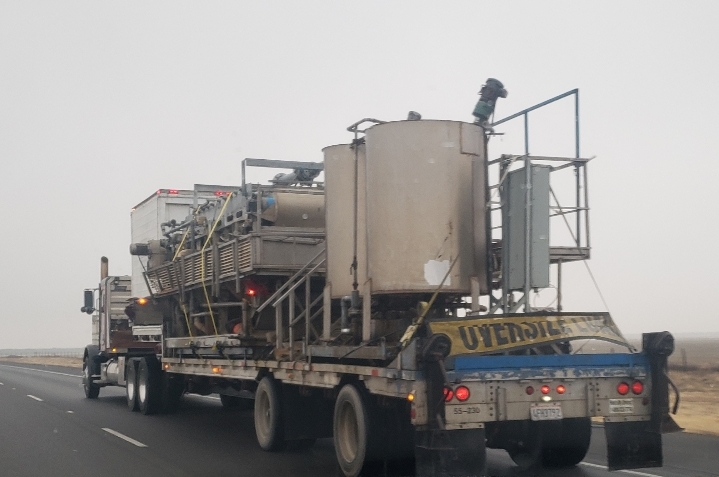 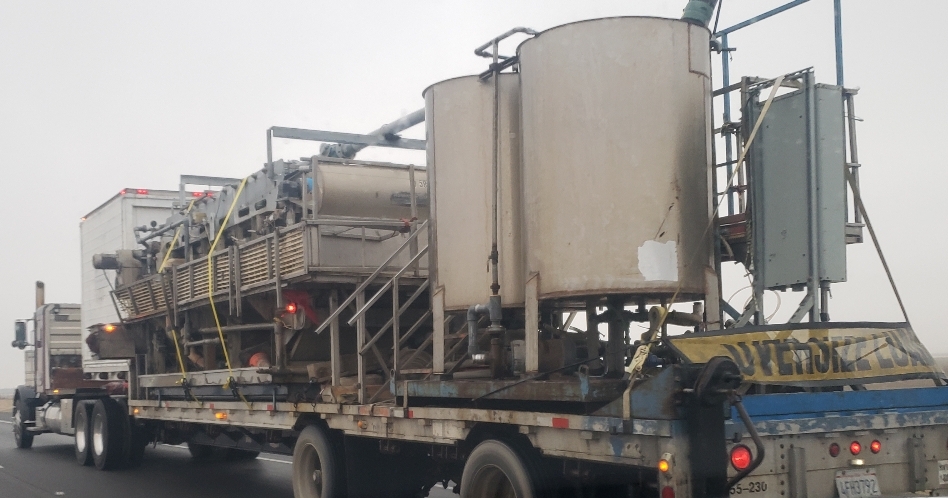 That's mostly it. From what I've seen of the public, even in a very blue lodge place like california, there is a lot of mask-fatigue. People still follow the rules but you see LOTS of masks under noses and under the chin and people not caring. Maybe mask fatigue is part of the push for people to get vaccines. People will want to get the vaccines out to stop the mask madness. Of course, this is some kind of Stockholm syndrom logic, people appeal to the very people causing all the harm. Why would you go looking to the opressor for solutions to their opression? People will take the mark of the beast for convenience reasons, because of the tyranny of the beast system itself. Research the mark of the beast, if you haven't. All of this mask mandate stuff is to prepare people for the introduction of the mark, which will become necessary in order to buy and sell goods. Those who refuse the mark will become outcasts, similar to how refusing to wear a mask today will get the maskers very agry for not going along with the system.

One last note, is something that many others have also observed. There aren't many insects anymore. On long car trips the windshield used to get covered in myriad squished insects. Two miniscule insects hit my windshield on the drive back home, which was over 12 hours. It is winter time, so I will need to watch closely if I do another long car ride in the summer, but most people have noticed there aren't that many insects alive anymore. 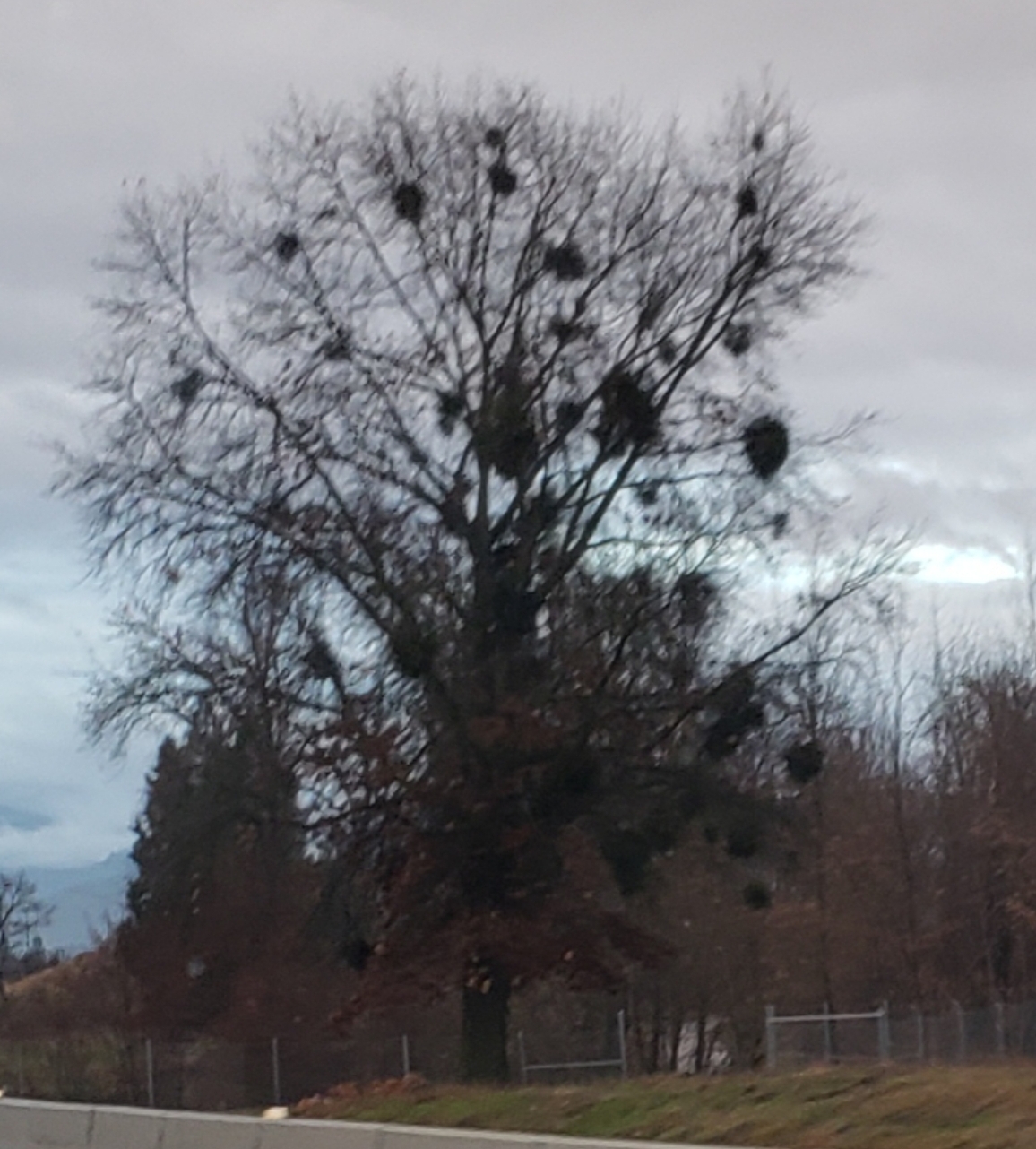