Back to links
Time is Moving Faster

Time is moving more quickly than it used to. Seriously. It's not just because we are getting older. I understand the concept of proportions and how 1 year to a 5 year old is different than 1 year to a 30 year old. I understand that. But time is actually moving faster. It is end times prophecy. And more importantly, it is something that Jesus told us would happen in end times.


It is worth noting here that if you are using the NIV, the meaning is obscured! The NIV is a very satanic corrupted bible, which explains why it is so popular with modern churches. In my opinion, the KJV bible is extremely readable. Notice how dumbed down society is that people think they need to be given easier and easier versions of the bible to read. I think a lot of people overplay how hard the KJV is to read, it's extremely readable and beautiful, in my opinion. Anyways. See here how the meaning is lost if you were reading the NIV.

Matthew 24:22
If those days had not been cut short, no one would survive, but for the sake of the elect those days will be shortened.

Notice how the NIV changes 'days should be shortened' into 'days had not been cut short'. Often times you will see the NIV isn't even trying to make the KJV more readable, it is actively trying to obscure the meanings of verses. Days had not been cut short gives the impression that there were more days planned, but God decided to get rid of those days, like trimming a movie reel with a pair of scissors. Since God is timeless and has always known when the end would be, it doesn't make sense to 'cut off' days; God is unchanging and has always known when the end is. However, the KJV version, 'days should be shortened' is exactly what is happening. 24 hours isn't what it used to be, the days are shorter now. Jesus was telling us that time would speed up in the end. There's many good resources out there online already explaining why the NIV is satanic, so I will leave that to the reader to go investigate. The only reason I even bring this up is because the fact NIV obscures this prophecy gives it even more relevance, in my opinion.

Jesus explained it. The days are now shorter than they used to be. Notice how days being shorter and time going faster is the same thing. The entire concept of our "time" system is based on a 24 hour day cycle. If the day cycles become faster, it is still 24 hours in a day, but the seconds, minutes, hours are just shorter than they used to be. I guess it's worth pointing out: sun-dails auto-correct for varying day lengths, it's possible the crystals used in modern watches could speed up with this same process. The sun is electrical, after all, and a modern wrist-watch may as well be magic. 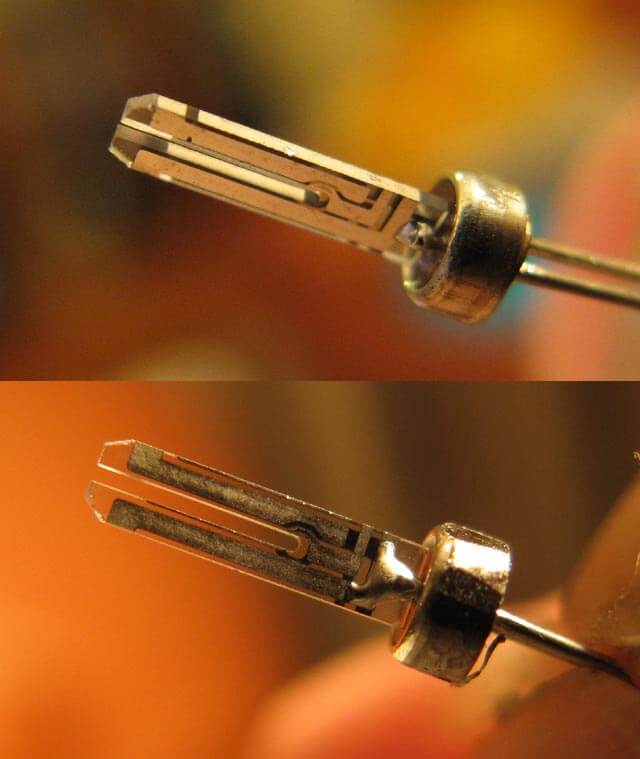 many watches use these to keep time

As far as proof of time going faster, it's one of those things, you either remember how it used to be, or you don't. The most common shared memory of how time used to be is in counting one-one-thousand or one-mississippi. When we were young, it was a thing taught to young children, how to properly count seconds so that you did not count them too fast. One of the biggest things I remember about counting seconds was that I had to actually slow myself down, most of the time, otherwise I would count the seconds too fast. This notion is completely laughable today, considering you need to speed-talk one-mississippi two-mississippi if you're going to keep time with today's seconds. So, if you remember how you were taught to count seconds when you were young, try it out next to a stopwatch, and be amazed at how quickly the seconds tick by today.

Another noticeable thing is how long everything takes these days. When seconds are faster, every little thing you do eats up more and more time. In 2020, going to the grocery store is a huge event that takes up a good chunk of the day, and leaves you exhausted. Something to ponder is the life of a 1950's housewife, and if doing that much housework is even possible these days.

Rather than write it all out in paragraphs I'll make a list.

🕚 Counting by 'one-mississippi' or 'one-one-thousand' no longer works.
🕚 Simple everyday things that used to take a minute or two now take 5.
🕚 People who graduate from highschool look younger than they used to. That's because with time moving more quickly, they have spent the same ammount of years on paper, but since the days are shorter than they used to be, less actual time has passed.
🕚 Similar to the last point, people don't look their age anymore. That's because a year isn't what it used to be time-wise. 70 year olds used to look really old. These days 70 year olds still look youthful. Here's a funny video.
🕚  8 Hours of sleep isn't what it used to be. Do you feel run down and exhausted and like you could sleep for a whole month to recover?
🕚  Weekly, monthly, or anual type events feel like "hey... didn't I just do this?".
🕚  An hour doesn't feel like anything anymore. In the 90s time crept by, and waiting for things to come was agonizing. These days you blink and 20 minutes goes by.
🕚  Similar to the above point, an hour isn't enough time to do anything substantial anymore. For a job I meet with people for one hour meetings. Sometimes it takes 15 minutes for simple things like getting connected to the meeting, grabbing coffee or going to the restroom / dealing with a minor technical issue.
🕚  Expanding on the above issue, there's no time to meet deadlines anymore. Some people are just expected to keep up apprences and rush things through. Others have had to adapt. Ask any teacher about whether material is being added or taken away from the classroom and they will tell you that there just isn't time to cover all the material anymore. Material is constantly being removed from the classroom. Remember how they recently stopped teaching cursive?.
🕚  Frozen foods take more clock-time to defrost. Foods last longer before going bad.
🕚  Personally, I've had to do a lot less lawn-mowing. It seems like grass has less time to grow, and the seasons flip faster and faster and so I get away with mowing very few times a year. Might not be true everywhere because it's a geographical thing, but it's true where I live.
🕚  The 2010's don't feel like a distinct decade because time is moving so quickly, 10 years just isn't a long enough time any more to get a real feeling that a decade used to have.
🕚  Really old video footage seems sped up. Really old audio sounds sped up too, has a tinny quality to it. This is consistant with time being faster today, since 10 seconds worth of footage when time was slow, fits a lot more footage than 10 today seconds which are quick. So we see 10 old seconds compressed into 10 new quicker seconds, and everything seems fast motion.

Suggested videos to watch on the topic:
Why Everyone is Exhausted
What 10 Seconds Was Like in the 90s
Undeniable Proof Time is Faster
Time is REALLY Going Faster
Lamentation, Shills, Time Speeding Up
How is 2020 Almost Over?
Time Ain't What It Used To Be
Ain't Nobody Got Time for Three Meals a Day!